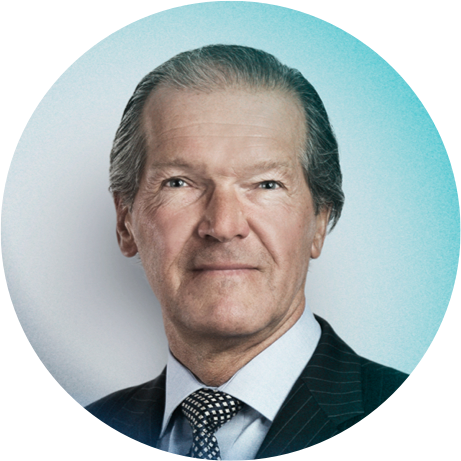 An experienced litigator with a track record of excellence.

After being called to the Bar of Ontario in 1977, Ted joined the two-man firm, Beechie & Kerr in London, Ontario. In 1983, John Kerr was appointed a Judge, and the firm then became known as Beechie, Madison, Sawchuk. Ted remained there until joining Miller Thomson in January
2009.

Ted has also been an agent for the Attorney General of Canada for 26 years, conducting prosecutions under the Narcotic Control Act (now the Controlled Drugs and Substances Act), the Income Tax Act, and the Excise Act. He was involved in the only prosecution in Canada
under the Seeds Act.

Ted was an instructor at the Bar Admissions Course from 1989-2005, and is currently on both the Personal Rights and Property Rights panels for the Office of the Children’s Lawyer. He is also an Alternate Chair of the Ontario Review Board, of which he has been a member since
2007. In addition, Ted has been appointed a Dispute Resolution Officer for the Ontario Superior Court of Justice (Family Court) in London, Ontario.

Ted’s practise includes acting for a variety of clients in a number of specialized areas:

Civil litigation: Ted has been working for both plaintiffs and insurers since being called to the Bar in 1977, which has given him a broad experience that benefits his diverse clients. He is extremely familiar with the court trial process and the lawyers in this practice area, enabling him to get favourable results for his clients.

Agent for the Attorney General of Canada: Ted has been an agent for the Attorney General of Canada for over 30 years and has conducted hundreds of trials under the Narcotic Control Act, the Controlled Drugs and Substances Act, and the Income Tax Act, as well as the only prosecution in Canada under the Seeds Act. This wealth of trial experience benefits his clients in all matters.

Ted lectures at the Western University Law School and the Middlesex Law Association as well as internal seminars at Miller Thomson.

Strobridge v. Strobridge (1994) 18 O.R. (3d) 753 (C.A.). Counsel for the Official Guardian (now Office of the Children’s Lawyer) cannot, absent the consent of all parties, be both an advocate and witness. Thus, Counsel for the Official Guardian cannot advise the court of the children’s preferences as to custody and access, unless all parties consent, and otherwise must file or call evidence with respect to said issues.

Milanovic v. Le (2015) 125 ).R. (3d) 758 (S.C.J.). Motion for an Order determining that costs are payable by the defendant to the plaintiff only to the date of service of the defendant’s Rule 49 Offer to Settle that is accepted by the plaintiff well after service of same and prior to trial.